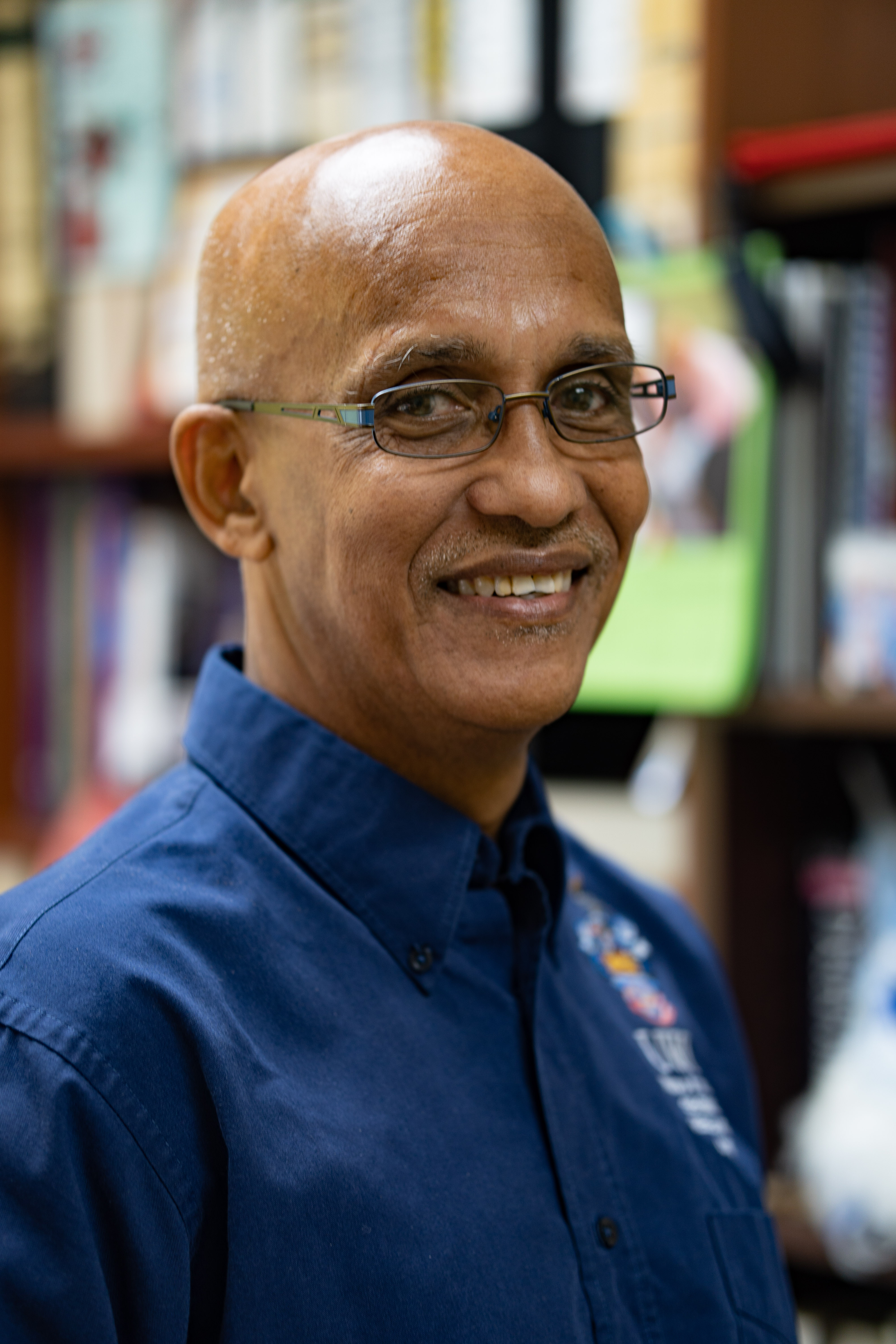 Born in St Vincent, Dr. Richard E. A. Robertson is a Geologist and Volcanologist whose interest in volcanology was inspired by his personal experience in 1979, when he and his family woke to the eruption of the Soufriere volcano, which displaced 14,000 Vincentians one of whom was his grandmother. He subsequently studied Geology at UWI, Volcanology at the University of Leeds in the UK (M Phil) and completed his PhD in Geology at Mona, Jamaica. His PhD thesis (The Volcanic Geology of pre-Soufriere Rocks in St Vincent) and the Volcanic Hazards Atlas, which he co-edited, are benchmarks in the study of volcanology in the Eastern Caribbean. He joined the staff at the Seismic Research Centre (SRC) in 1993 after serving for six years as Head of the Soufriere Monitoring Unit in St. Vincent. During the period 1995-1999 he served several tours of duty as Chief Scientist of the Montserrat Volcano Observatory and was its Director from October 1998 - March 1999. He was appointed Head of the Seismic Research Centre in July 2005 and Director of the Seismic Research Centre in July 2008. He has worked in most aspects of the SRC operations but has been most closely associated with the public education, hazards assessment, ground deformation and geothermal monitoring programs. He has a keen interest in the dissemination of scientific information to vulnerable island communities. He is an experienced field researcher as well as an academic and has authored over 35 papers in peer-reviewed scientific journals and books, co-edited 2 books and contributed to numerous technical reports, newspaper articles, radio and television programs. He has assisted with the field supervision and lecturing of undergraduate geoscience students and the supervision of postgraduate students. His research interests are in physical volcanology (particularly volcanic hazard studies), magma genesis and transport, crisis communications and risk perception of natural hazards. He is much sought after as a consultant on his area of expertise to, inter alia, UNESCO, the Organisation of American States, the UK Foreign and Commonwealth Office, and United Nations Development Fund. In addition to his professional consultancy work, Dr Robertson is also active in public education and public service. He has organized several conferences, short training courses and given numerous lectures throughout the region, and in the US, UK, and China. He provides assistance to the National Emergency Organisation of St Vincent, and serves as an advisor to such organizations in Trinidad & Tobago, Grenada, Montserrat, and other islands. He also maintains membership in several professional societies, including the European and American Geophysical unions, and the Geological Societies of Trinidad & Tobago, London and America. Dr Robertson has been much recognized and awarded for his work. He has received scholarships from the UNDP and Association of Commonwealth Universities for higher education. He has also received grants from the Royal Commission for the Exhibition of 1851 and a Commonwealth Professional Fellowship. In collaboration with colleagues at the Seismic Research Centre he has secured project grants from the Caribbean Development Bank, USAID, European Union, CCRIF and the Government of Trinidad & Tobago. In 2014 he received the Anthony N. Sabga Caribbean Award for Excellence in the category of Science & Technology.