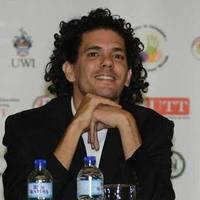 Dylan Kerrigan  is a lecturer and researcher in Socio-Cultural Anthropology, Political Sociology, and Criminology at the University of the West Indies, St Augustine Campus.

From a Caribbean, global South perspective Dylan is most interested in how cultural and economic processes extend over long periods of time in the service of various systems of power.

His PhD dissertation was a social history of race, class and culture in urban Trinidad with a specific focus on Woodbrook, Carnival, and Violence. It provided examples of cultural connections between the different political and economic climates/structures/eras of Colonialism, Post Colonialism and Neo-Colonialism in Trinidad.

Since then he has done research into:

He has also worked as a consultant for:

Dylan's teaching and research looks at the world from a Caribbean centre because the way power is structured in the modern world most people do not have a good grasp of the importance of the Caribbean, both in the history and the  future of the world.