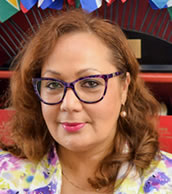 Professor Antoine’s UWI journey began in 1989, in the Faculty of Law, Cave-Hill as a Temporary Lecturer who became the inaugural Director and initiator of the successful Master of Law (LLM) programme, The UWI’s first multi-campus, hybrid delivery programme, launched in 2002.  She was one of the youngest UWI lecturers to be appointed to the rank of Professor, in 2004, and the first sitting Dean of the Faculty of Law, St. Augustine, serving two terms. In 2021, she was appointed Pro Vice-Chancellor, Graduate Studies and Research. The appointment as Campus Principal signals yet another pivotal milestone in her 32-year journey at the regional institution.

A UWI alumna, Antoine has served as lead consultant to all of the Caribbean Community (CARICOM) governments, Canada, UK, USA, and numerous international organisations, on a wide range of diverse issues. Her consultancies include the authoring of transformational reports on key issues of legal policy and development, drafting of new laws, advocacy, training and capacity-building of NGOs and the judiciary legal professionals.

Notably, this transformational work includes Offshore Finance, the CARICOM Harmonisation of Labour Law Report, HIV, Non-discrimination, Employment, Free Movement of Peoples, The OAS’s Inter-American Convention against Corruption, the Turks & Caicos Islands legislative reform project and, more recently, as Chair, of the CARICOM Regional Commission’s Report on Marijuana and as UN-ECLAC Expert on the Escazú Agreement on Climate and Environmental Matters.

Professor Antoine established the International Human Rights Clinic, an innovative legal education model twinning academia with activism and practitioners. It has interrogated important causes such as migrants/refugees, indigenous peoples, children’s rights, LGBTI and gender justice. She is currently focused on the injustice meted out to remand prisoners incarcerated for inordinately lengthy periods, including female murder-accused who were victims of domestic violence, under an EU-funded UWI project. Under her leadership, she visited the prisons with students and a historic constitutional motion was filed challenging the constitutionality of the remand phenomenon. Her pro-bono representation includes another landmark case before the Equal Opportunities Tribunal, on mental disability discrimination.

As Dean of Law, she was instrumental in shaping curriculum and introduced cutting-edge additions such as Oil & Gas Law, HIV, Banking, and Discrimination Law. She also introduced the ground-breaking Makandal Daaga Scholarship, an equal opportunity scholarship where applicants may be of any age, gender, race, or CARICOM nationality. The scholarship creates greater access to the Law programme and provides the opportunity for the recipients who are change-agents to be equipped in Law and further their work in activism and social development.

Antoine is a Cambridge Pegasus Fellow, an Oxford and Commonwealth Scholar and was named by the Caribbean Court of Justice in 2021 as a Pioneering Caribbean Women Eminent Jurist Awardee. Professor Antoine holds a doctorate from Oxford University in Offshore Financial Law and, in 2011, was elected by OAS States a Commissioner at the Inter-American Commission on Human Rights, Washington; in 2014, she was elected President, the first person from Trinidad and Tobago. She served as OAS Head of the Economic, Social, and Cultural Rights Unit and was appointed Rapporteur for Persons of African Descent and Rapporteur Against Discrimination and Rapporteur of Indigenous Peoples. More recently, she served as a Temporary Court of Appeal Judge to the Commercial Division of the Eastern Caribbean Court of Appeal.

As a champion of health, discrimination, and gender issues, she is President of the 66-year-old Family Planning Association, the oldest NGO in Trinidad and Tobago and the premier provider of sexual and reproductive health services and advocacy. In July 2021, she was recruited to the Board of Trustees of the International Planned Parenthood Federation, London.

Campus Principal Designate Professor Rose-Marie Belle Antoine’s scholarship is acknowledged for its quality, depth, diversity, creativity, humanity and breadth. She has served on select research teams at some of the world’s most prestigious universities, such as Oxford and McGill. In addition, she was made Honorary Member of the International Society of Trust and Estate Practitioners, UK, a status granted to “those who have made a unique and exceptional contribution” to the field. She also chaired The UWI’s Standing Committee on University Regulations.

Among her 52 awards and honours is the coveted Vice-Chancellor’s Award for Excellence.

In 2006, she became the first person from the Faculty of Law, to win the Regional Award for Excellence in Research, after being nominated by her peers. In 2013, she created history as the only individual to win the Vice Chancellor’s award for Excellence twice, this time for Public Service. In 2008, she was honoured as one of the University’s distinguished “60 under 60 academics”, during the regional institution’s 60th anniversary celebrations; then again, in 2018, she was named among the “70 Outstanding Cave Hill Alumni”.

Professor Antoine has an impressive publication output with over 17 books, texts and published manuscripts, more than 18 book chapters and 45 selected articles, published speeches, and numerous conference papers. She authored two pioneering texts, published by the Oxford University Press, a distinction for the regional academic community and a first for the Faculty of Law.